" Between 1949 and 1956, after years of turmoil from war and invasions, China began to rebuild. Since 1949, the Chinese government has operated a planned economy. The simple explanation of this model is that all aspects of the country’s economy were managed from the top down. Individuals could not carry out any production labor in private, and individuals and families were not even allowed to cook in their own homes. Cooking and dining were unified and performed in a place designated by the government. No one could conduct production and trading activities in private without permission.

Because of these historical factors, the original Chinese tea gardens managed by individuals were abandoned and left unattended for more than ten years, as the Chinese government does not allow anyone to cultivate them privately. These people were forced to abandon the tea gardens, which began to grow freely. Without human disturbance, the gardens quickly overgrew into forests, and re-established their natural ecological characteristics as tea forests. They were no longer dwarfed by people as small shrubs.

Since Wu Si’s ancestors planted these tea trees after transplanting the seeds from the wild tea forest, his ancestors and family members did not have much time to look after the tea trees because of various personal and family reasons, such as earning a livelihood. Allowed to grow naturally, because no one has picked it for generations, a tea tree accumulates a lot of nutrients, and the aroma and taste of the tea is extraordinary.

My good brother Tianzhi is a third generation tea maker of Moonlight White. Regarding the source of our ancient tree moonlight white, please check the pages about ancient tea tree moonlight white tea for more information. Like Wu Si, Tianzhi is also a rare young man who is willing to stay in the dense mountain forests, silently guarding the mountains and inheriting the tea-making skills left by his ancestors.

The craftsmanship of his white tea has gone beyond the scope of ordinary white tea making methods. Relying on his deep understanding of tea, he can adjust the tea production based on the varietal he uses. During the period the local tea quality peaked, he was like a senior chef. Not only did he have good “cooking” skills, but he also grasped the proper “cooking heat” that the same ingredients should have in each season, so that with each year and season, he was able to bring out the best final product from the fresh tea leaves.

Without good raw materials, even the best technology can't make good tea. Even with the best tea materials, without a master tea maker, the tea leaves are wasted. We're very fortunate to be able to witness these two working together..."

"We're very proud to say that there we have two Wild Tea Qi’s Qi offers two moonlight white teas now. One is made, one from leaves of the ancient tea tree, which is purely most suitable for making moonlight white tea, the. The ancient trees retain the purest quality due to the reason of cutting planting their asexual transplantation. It is These leaves are most suitable for bringing out the pure honey flavor of Yunnan large leaf artisanal black teas and white teas. It is our ancestors who have spent hundreds of years of hard work carefully selecting the best varieties that have been preserved from the forest and using cutting techniques to retain their most complete genetic invariant characteristics.

In addition, the wild artisan moonlight white tea is the perfect example of blending humans and nature. After our ancestors carefully selected the best quality teas in the jungle, they harvested the seeds from nature and let them grow naturally.

Both teas come from the ancient trees from hundreds of years ago. Ancient Artisan Moonlight White Tea retains the nectar of the purest Yunnan large leaf moonlight white, unchanged over the centuries, so that the taste is the same as in ancient times.

The Wild Artisan Moonlight White allows you to experience the changing taste of nature throughout its long history. The taste is richer, and it has a more diverse personality.

Here is an analogy that describes these teas well:

Our Ancient Artisan Moonlight White is a beautiful girl who has kept the ancient door closed to maintain her charm.

Meanwhile, our Wild Artisan Moonlight White is a young man who walked out of the house and walked south and north, not only retaining the unique temperament of his hometown, but also embarking on his own unique life’s journey..."

"After more than two weeks of adjustment, the tea gradually dried completely to form white tea, and because of this special production, this white tea not only retains the characteristics of the white fluff that the traditional white tea should have, but also makes allows the larger Yunnan big leaves to retain the characteristics of the white peony tea of ​​Fujian with dark green leaves, but ; yet its aroma is more complex than ordinary white tea, and an unprecedented floral honey fragrance is tasted after drinking, . The sweet taste lingers in the mouth has been ongoing, while the tea liquor color is carved gold and silver, like golden water, and is generally bright..."

Packed with powerful antioxidants, this tea can strengthen the immune system and raise your energy level. It also improves concentration, enhances mood and can be beneficial for depression. It destroys free radicals thus beautifying the skin.*

*These statements have not been evaluated by the FDA. This product is not intended to diagnose, treat, cure or prevent any disease. Thank you for submitting a review!

Your input is very much appreciated. Share it with your friends so they can enjoy it too!

I just absolutely love this tea. It is full of flavor, qi and is very forgiving. I have brewed it at several temperatures (80c, 90c and 98c) and it is amazing at each. I highly recommend this tea. It is truly unlike any other white tea I have had.

This is a lovely light moonlight white that I love to drink on a daily basis. Thanks as always for another great tea Shana! :) 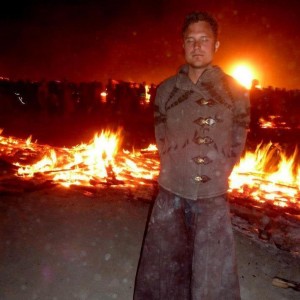 Great! This tea works well in warmer climate to cool down summer & indian summer heat. Thanks

United States
Love all your tea

The zixi white green is also excellent as well as the wild Lapsang!